The High Court has provided clarification (contrary to its own previous direction) that time limits can in fact be granted in respect of prior approval applications.

Prior approval application are currently deemed to be approved (unless another period is specified by the relevant legislation) 56 days following valid submission (assuming, of course, that the development in question was in fact ‘permitted development’ in the first instance, a subject touched on in our earlier blog).

In Gluck v Secretary of State for Housing Communities and Local Government [2020] EWHC 161 (Admin), the respondent sought to argue that despite their agreeing an extension of time on their latterly refused prior approval application, deemed consent was nonetheless obtained at the relevant cut-off date. However, Holgate J found that Article 7 of the General Permitted Development Order expressly allows authorities and applicants to agree extensions of time for decision-making beyond the statutory cut-off, and for this to be effective, such that (as it was issued within the agreed extension) the refusal stood.

This is in direct contrast to the not-so-ancient judgement in R (Warren Farm (Wokingham) Limited) v Wokingham Borough Council [2019] EWHC 2007 (Admin), in which the Deputy Judge at the time found that – regardless of whether or not an extension was agreed in writing – the curtain fell at the relevant cut-off date (in that case 56 days) and that deemed consent would be presumed as of that time (subject to the above caveat of its being permitted development in the first instance).
Notably, the respondent in Gluck did not seek to rely solely on the judgement in Warren Farm, but the disparity in the two judgements seems to arise from a question of punctuation. Article 7 (“Prior approval applications: time periods for decision”) reads as follows:

(a) within the period specified in the relevant provision of Schedule 2,
(b) where no period is specified, within a period of 8 weeks beginning with the day immediately following that on which the application is received by the authority, or

(c) within such longer period as may be agreed by the applicant and the authority in writing." 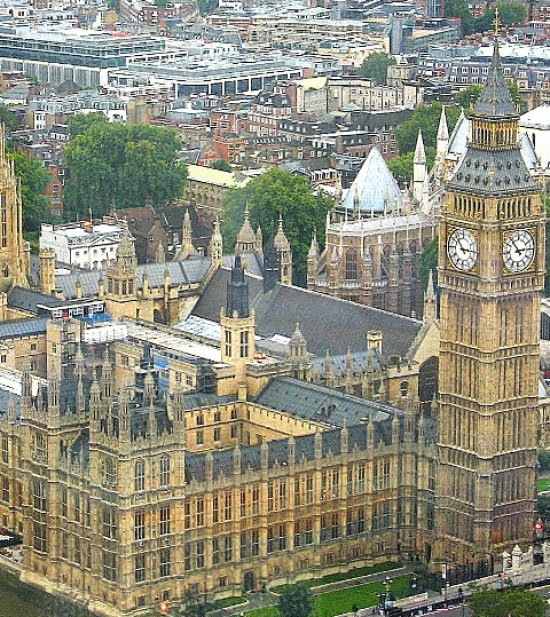 In the former, the Deputy Judge interprets Article 7 as indicating at (c) that the requirement for authorities to determine an application “within such longer period as may be agreed by the applicant and the authority in writing” applies only in the alternative to (b) “where no period is specified, within a period of 8 weeks beginning with the day immediately following that on which the application is received by the authority”. That is to say that extensions can only be agreed “where no period is specified…” in the relevant part of the GPDO.

While there is a certain rationale given in Warren Farm for the common sense of this approach, common sense and planning legislation rarely mix. So it is that Article 7(a) provides otherwise for decisions “within the period specified in the relevant provision of Schedule 2” and Holgate J found that this limb operates as a further alternative to (b) or (c); an implicit ‘or’ in the space between 7(a) and 7(b). On a fair reading, this would appear to be the correct interpretation – the earlier judgement would lend itself better to a sub-heading after (a) stating “where no period is specified;” followed by “(b) within a period of 8 weeks…” and then (c), in full, as presently worded.

That is of course not the case, though, and as the more recent decision Gluck prevails as a point of reference, meaning extensions of time remain back on the table as a tool for applicants and authorities in the case of live prior approval applications.

While the Gluck judgement is therefore very helpful in providing clarity, the difficulty for applicants is that – particularly in more complex cases – the temptation to agree an extension of time can be extremely persuasive. Firstly, this will often appeal as a means of resolving technical issues – for instance, if an authority has requested further information on highways impacts of the proposals – as this may avert an unnecessary refusal where concerns can be addressed. Secondly, however, assuming a deemed consent can be a dangerous thing.
As has been seen in other cases before the courts, one can presume nothing where there is any chance that the development was not in fact ‘permitted development’ in the first instance. This can at best create doubt and complicate commercial sale and lending, but at worst incur considerable time and expense unsuccessfully challenging enforcement action (even through the courts themselves) only to be left with no consent – deemed or otherwise – at all. That is to say that for applicants it is far better to have that critical piece of paper in their hands at the outset.

To give the best chance of success, therefore, prior approval submissions should be as comprehensive as reasonably possible, addressing fully the relevant issues and giving authorities the proper tools to consider them on their merits. Authorities, in turn, have a moral obligation to consider applications in a timely manner and seek additional information, where this is reasonably required, promptly and not on Day 55 of a 56-day timescale.

A lot of this depends on trust between authorities and applicants. Extensions of time should rightly be used only in exceptional circumstances and only, it is suggested, where clearly required to enable a positive decision. It is not unreasonable to seek a reassurance that “if we [the applicant] do X, you [the authority] will determine the application positively by [date]”. Should there be any doubt over this, there would still seem to be very little merit in agreeing an extension.

Chris Marsh is a Senior Planner at Evans Jones and has considerable experience with prior notification applications.

To discuss your prior approval project, or other planning matter, contact Chris or any of the planning team.