David Jones, Chair of the West Berkshire Property Forum and Nick Carter, CEO of West Berkshire Council were joined by a panel of property experts to examine the future vision for Newbury.

Over 70 property professionals from the West Berkshire region gathered together on Monday 10th February 2020 at The Vineyard Hotel, Newbury to hear from the experts and engage on the plans for the future of Newbury.

Nick Carter, CEO of West Berkshire Council began the property forum with an insightful presentation outlining the current situation in Newbury before the panel embarked on a discussion of some of the key challenges to consider when developing the new vision for 2036, each bringing their own expertise to the discussion. 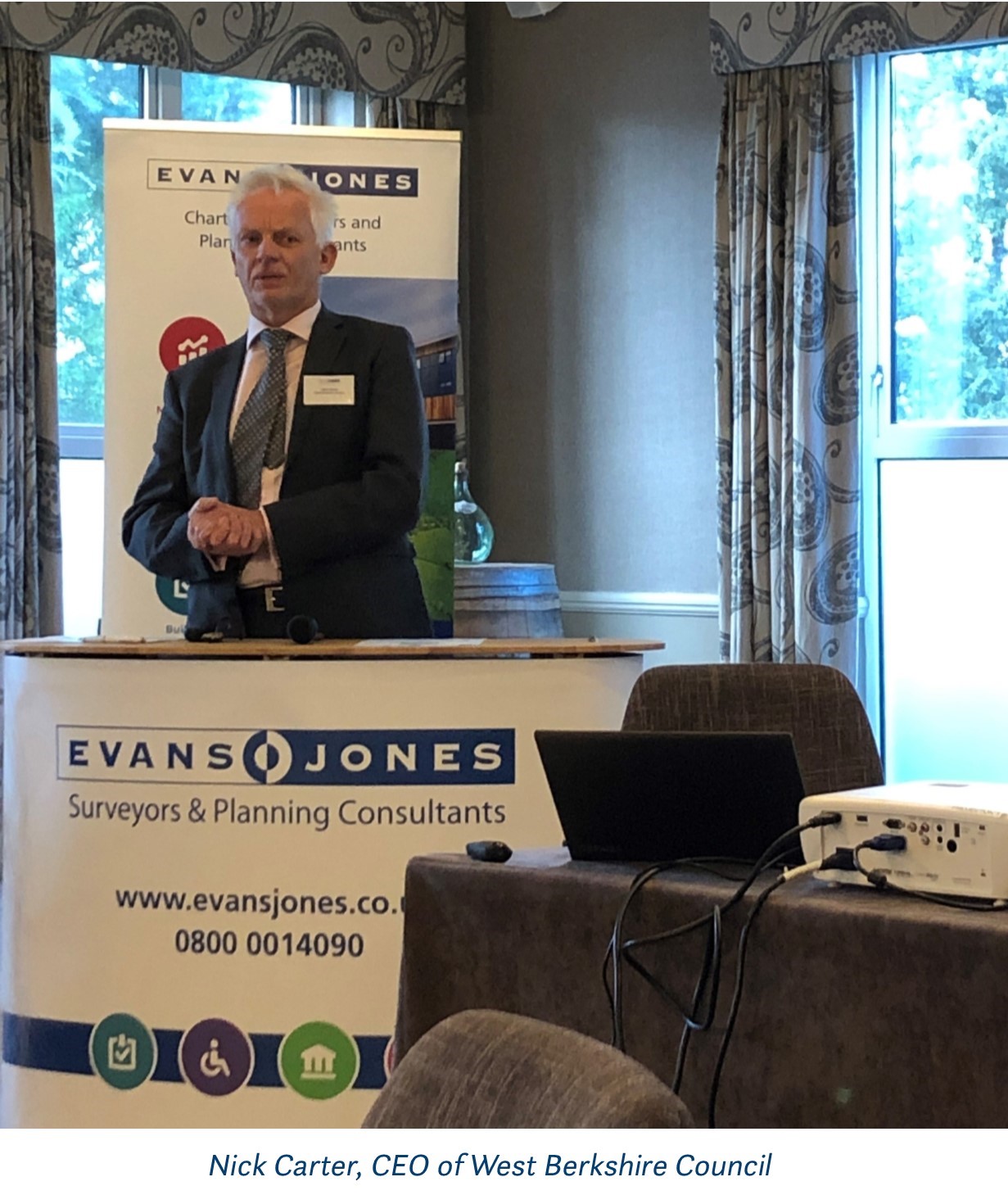 Nick Carter said that, “Newbury is performing well economically, in fact, better than national and regional averages in most areas”. However, he went on to explain that this invariably creates a larger divide between those who have and those who do not.

Building on the foundations of the 2025 Vision for Newbury, which delivered projects such as Newbury Parkway and Market Street, the Council is currently working on a new vision for Newbury to 2036. Nick Carter explored some of the key issues to be considered when developing this new vision. For example, solutions to the climate emergency, the local Area of Outstanding Natural Beauty (AONB) causing significant constraints to development and the restrictions imposed on the council by Central Government’s decisions and directions.

Richard Stacey, Managing Director of Evoke Transport Planning, Russell Downing, Director of the Newbury West Berkshire Economic Development Company and Ian Blake, Director of Morse Webb Architects each raised their own thoughts and ideas for the future of Newbury before engaging in a general debate on the topic with Nick Carter, David Jones and members of the audience. 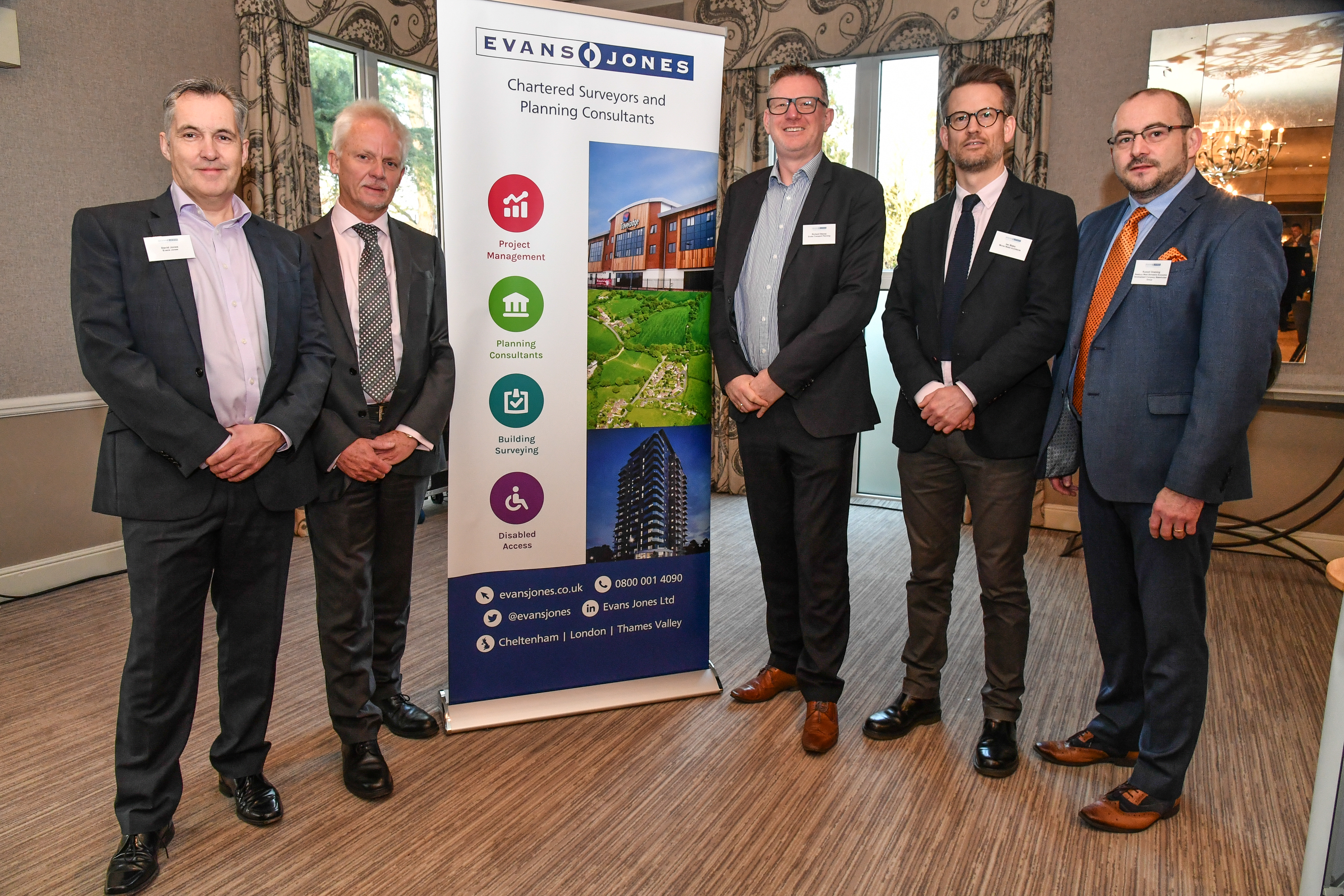 Richard Stacey explained that the new vision needs to be radical to keep up with evolving trends and that it must engage with the younger generation whose travel needs are different to that of the previous generation. He argued that developments in Newbury Town Centre should be ‘Car-Free’ but supplemented by a good choice of public transport alternatives. His suggestion was to charge cars a fee for entering the town centre after certain hours and then use that money to invest in alternative transport solutions. This sparked a lively debate as to whether Newbury was in a position to make such a radical change to its transport system, as its current population rely heavily on car use, particularly with a large proportion of people living in outlying rural villages.

Ian Blake agreed that Newbury must be willing to embrace changing trends and developments in technology as well as engage with the younger generation who are the future of Newbury. Ian concentrated on the need to develop and provide quality spaces within the town and the importance of entertainment venues. He also suggested that development in the AONB will need to come forward and, rather than be used as a constraint, should shape how proposals are designed.

Russell Downing concluded that it is imperative to ensure that all stakeholders have an input in the new vision and that West Berkshire Council need to invest in the right areas to ensure that the economy remains buoyant. 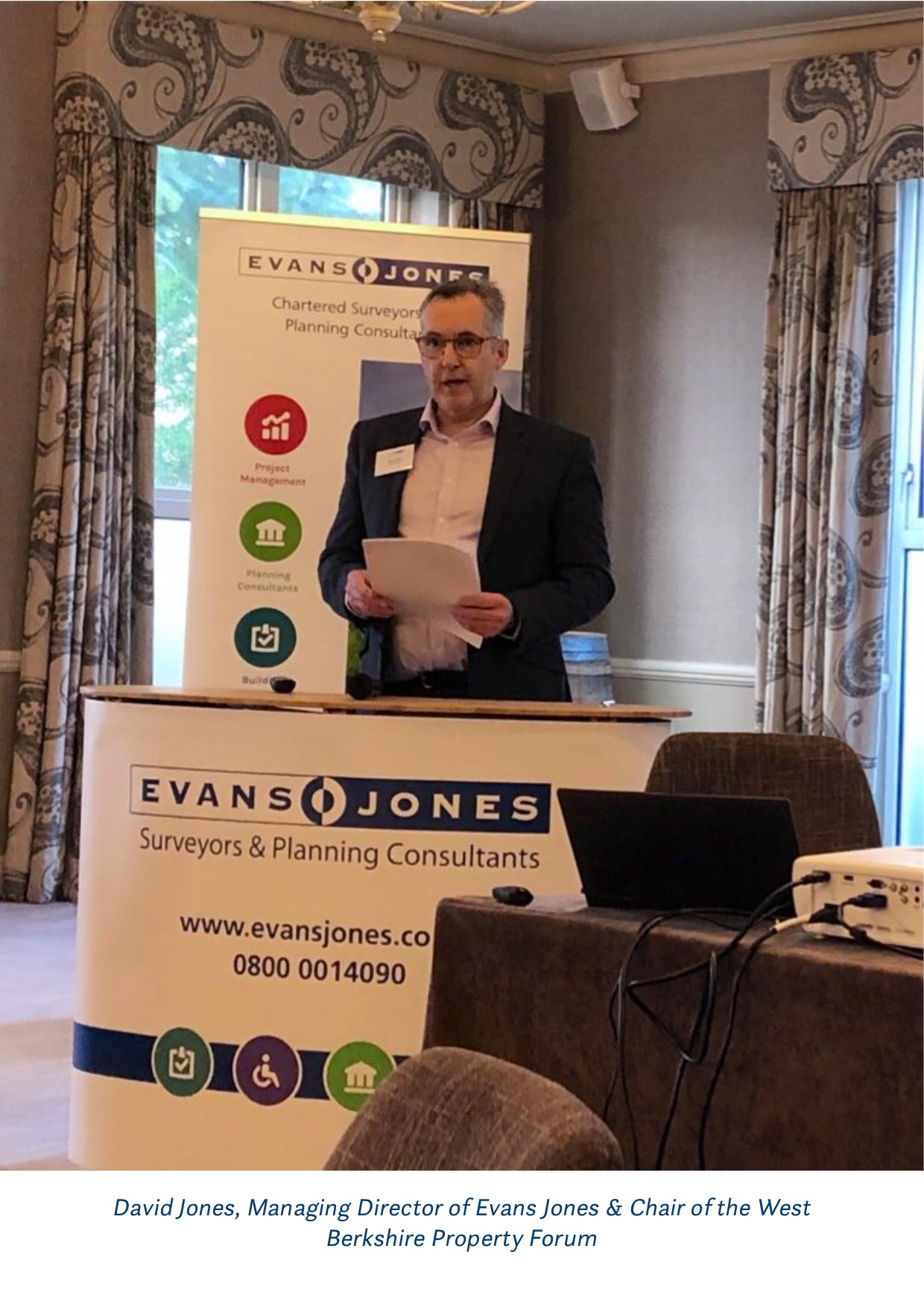 Evans Jones have been running their successful series of Property Forum events since 2018 and will be back with another event in the Autumn.

For more information on our services or to find out how we could help your project, you can Contact Us here.